The upcoming release is expected to continue the lobster-inspired collaboration series between the retailer and Nike’s skateboarding division that began back in 2008 , which come in green, blue, red, yellow, and purple.

this pair feature a mix of “Violet Ore/Medium Ash/Black/Muslin/Burgundy Crush” with two-tone nubuck orange uppers accented by speckles. And iconic rubber strap at the front.
Rumours are out and expect to see a release this year.

heres an on feet picture below, Retail price expecting around 130$ ( RM5xx ) according to previous releases. After market value are expecting around 1200$ – 1500$ ( RM4800-6000) due to the limited release and high demand. SB dunk collector, sneakerhead are eyeing it.

To keep up to date and secure your favorite pair for sneakers & stuff, Follow 88YUNGPLUG. 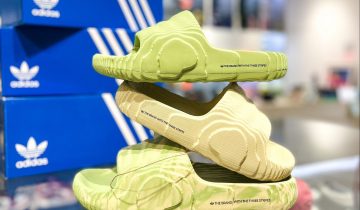 To receive your orders before Chinese New Year holidays :

We will resume our shipment at 30th January.